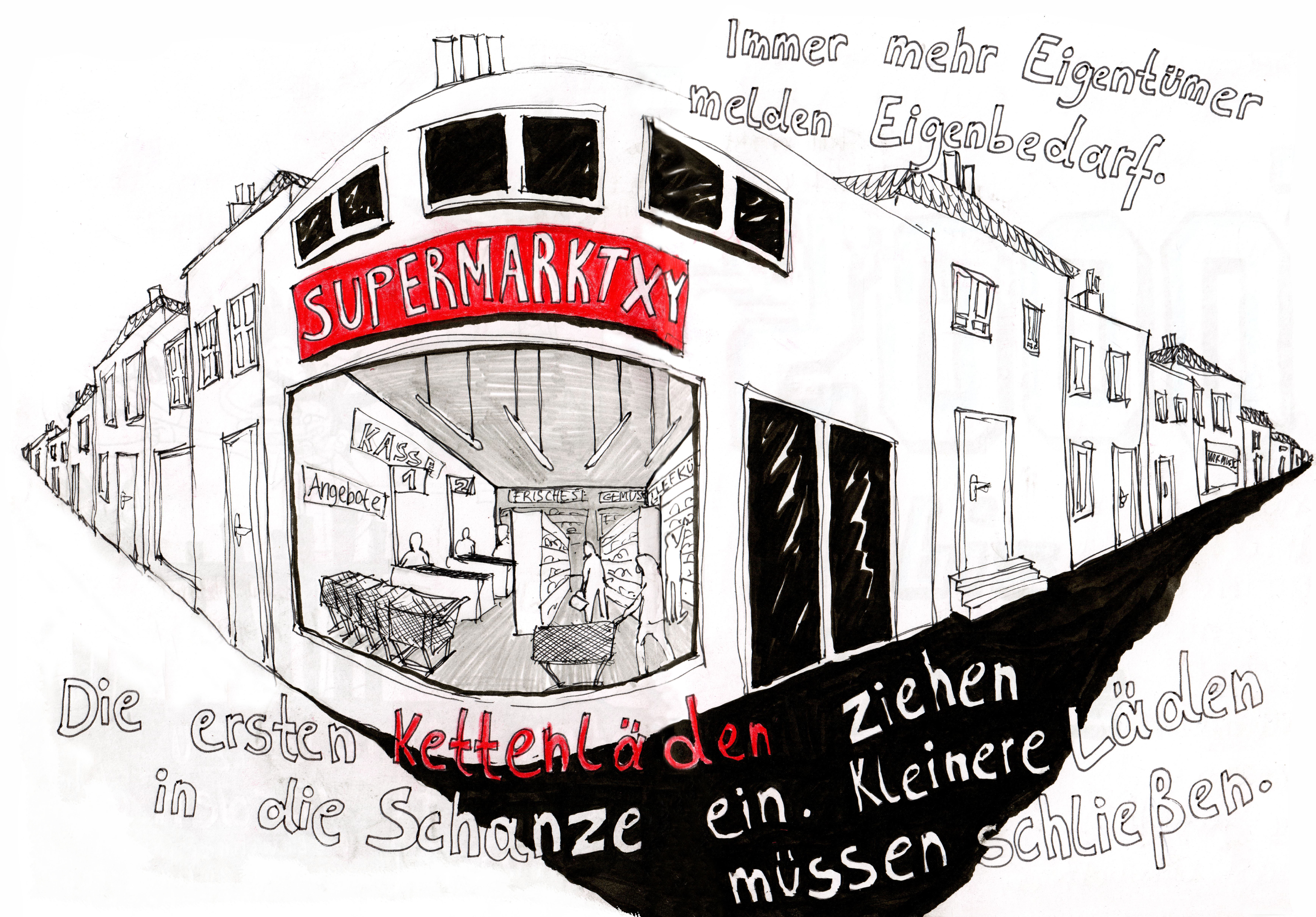 Sternschanze has undergone a fundamental transformation: once a left-wing trendy neighborhood, it is now marked by gentrification. Under the title "Houses in Transition," Sina Groß, a graduate of the Illustration program at the University of Applied Sciences Europe (UE) in Hamburg, has depicted this change in the form of a reportage illustration about Hamburg's Sternschanze.

In her final project, the Frankfurt native presents her very own, personal view of the Hamburg district in which she has lived for over three years - and which has grown close to her heart. For this very reason, she has made the neighborhood not only the subject of her final thesis, but also a critical art project right away.

The illustration "Occupation" deals with the events of the summer of 1987. In the summer of 1987, the backyard at Schanzenstraße 41a was occupied, which was also the birth of the Wohnungsbaugenossenschaft Schanze e. G. and would later become the first self-managed housing project in Schanze. In the illustration "Occupation", the former UE student gets to the bottom of this story and paints an exciting picture of workers:inside, squats, and the attitude towards life at the time in the Schanze.

In her illustrations "Läden" (Shops) and "Kettenläden" (Chain-Shops) Sina Groß shows what "formerly left and today Schickimicki" means in concrete terms: numerous cult stores were evicted and replaced by "Schickimicki stores" - but no one could afford them anymore.

"The topic of my thesis came about through direct and personal contact with people in the Schanze. I like to deal with people and topics from my direct environment and felt the urge to record the stories that were told to me. My work so far is, of course, just the beginning for a larger project," explains UE student Sina Groß.

These and other illustrations, as well as more information about Sina Groß's project, can be found in the virtual exhibition at: https://archiv.ue-germany.com/sina-gros/#work.

If you are interested in printing the illustrations (photo credits: Sina Groß) or if the topic is of interest to you, please feel free to contact us.