Application Deadline extended: Apply until 30th September and start your studies this autumn!

Together for freedom of press: UE students cooperate with Reporters without Borders 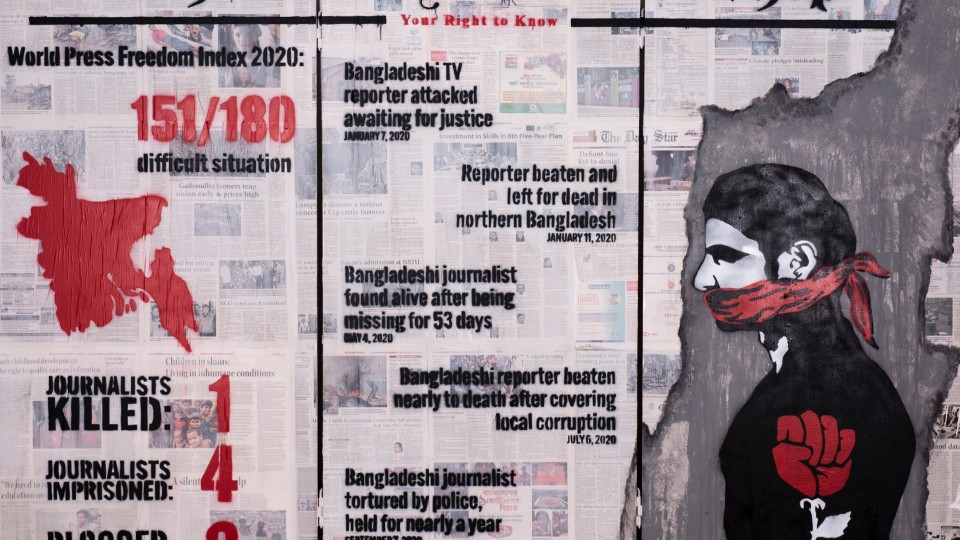 The fight for freedom of information and the press, the protection of whistleblowers and the preservation of democracy are news that concern us every day. In order to make younger generations aware of these issues, students of the faculty of Art & Design at the University of Europe for Applied Sciences (UE), in cooperation with the NGO Reporters Without Borders, have conceived and artistically realised illustrations, posters and info videos.

62 students from the Illustration and Film and Motion Design courses at the UE campus in Berlin were involved in the artistic processing of the topics. In close cooperation with the staff of the non-governmental organisation "Reporters without Borders", works were created that illustrate the NGO's current core issues and visualise them in short, clear explanatory videos on channels such as YouTube. Young people in particular are addressed here.

"It was important to us to present the issues that Reporters Without Borders deals with on a daily basis in a way that shakes people up and makes them think. The media must be allowed to report independently on injustice, abuse of power and corruption, because this is the only way we can live in a free society. Against this background, our students have given everything to tackle these issues," explains Professor Hans Baltzer, head of the Illustration course at UE.

The results include works such as the newspaper cover "The Daily Censorship" by students Ira Dorsch and Luis Limberg, which shows the restricted work of the press in Bangladesh, or the illustrations "Imprisioned Journalists" by Helena Nowotnick and Elisabeth Antosliak, which draw attention to the threatening situation of journalists and bloggers in China and Egypt. The info films by students of Film and Motion Design also show background information prepared for young people on topics such as the Freedom of Information Act, the Constitution Protection Act or explain the ranking of press freedom.

Hans Baltzer thinks it is immensely important that students are introduced to the exchange of ideas with partners from professional practice at an early stage: "For our students, this was a very challenging project, but at the same time a great experience to be able to work with such a renowned partner. Such a task always requires a lot of courage and commitment, but it paid off with the really great posters and films," says UE professor Baltzer.