Studying as popular, diverse and international as never before: University of Europe for Applied Sciences strikes a chord with students from all over the world with the UE Innovation Hub in Potsdam 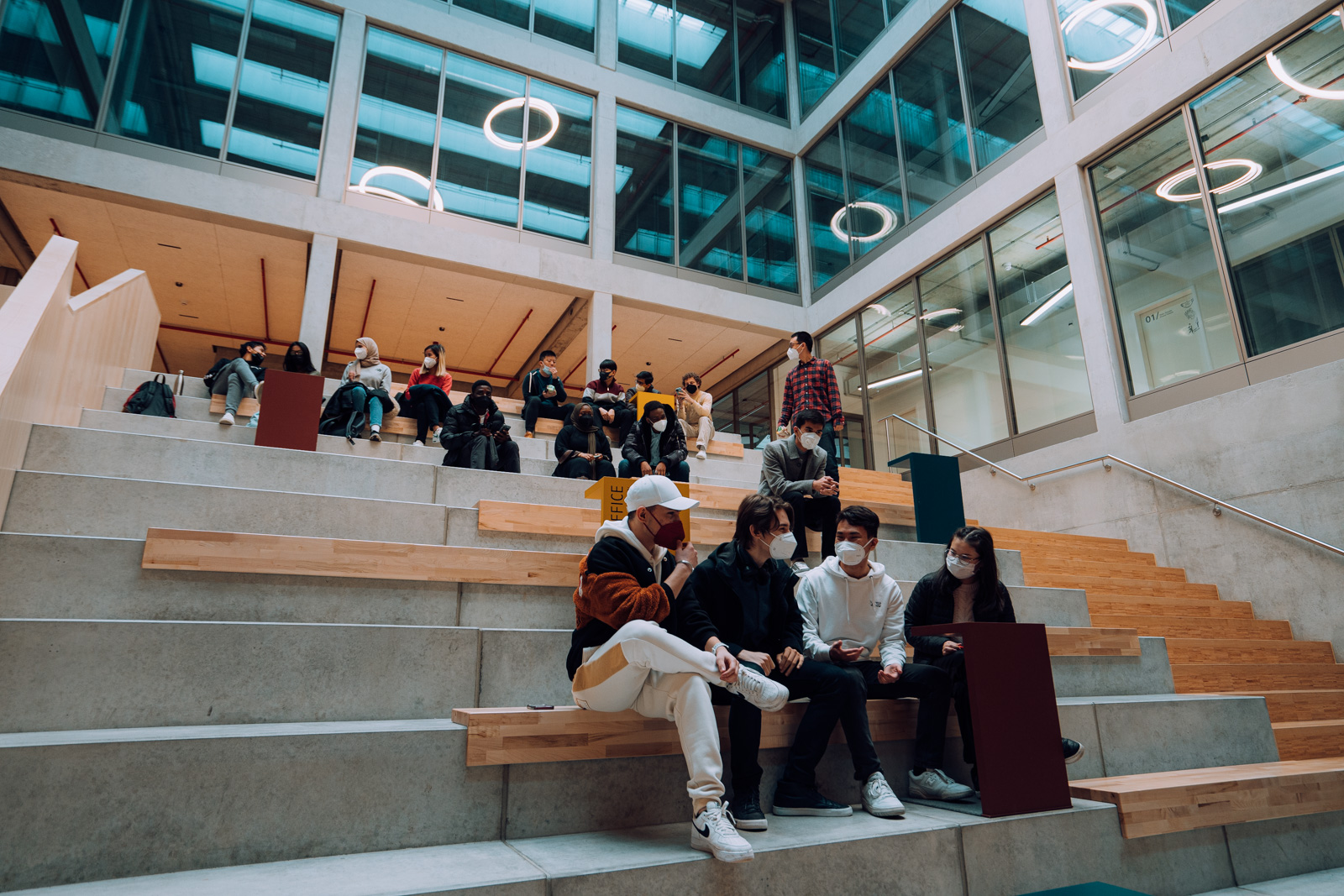 "Obviously, we have hit a nerve with our concept of the UE Innovation Hub," Kiessler continued. Located directly on Potsdam's Jungfernsee lake and in close proximity to global incubators such as the SAP Innovation Center and the Volkswagen Group Future Center Europe, the UE Innovation Hub is not only a hotspot for research and teaching but also part of Brandenburg's Silicon Valley.

"We are delighted to welcome more than 400 students from almost 50 countries to our Potsdam campus in the coming semester," says Professor Johannes Kiessler about the great popularity. This shows that the private university has obviously chosen the right path.

"We are training the skilled workers of tomorrow"

"Everyone is talking about the shortage of skilled workers in Germany. We are already training highly qualified students from abroad," continues Kiessler. The courses of study offered at the UE Innovation Hub underscore the company's claim to offer subjects today that will be in high demand in the future: a combination of technology, data and design.

"Our goal at the UE Innovation Hub is to train team-oriented people who simultaneously possess deep specialized knowledge, practical experience and a broad range of knowledge. This is made possible by an interdisciplinary and cross-disciplinary module mix; individual courses, subjects and, in some cases, entire degree programs can thus be aligned relatively quickly with the demand from industry and business," explains Prof. Johannes Kiessler.

It is becoming increasingly apparent that idyllic Potsdam is an attractive and relaxed place to study, especially for international students. "From Afghanistan to America, from China to Ecuador, from Myanmar to Canada, Nigeria to Venezuela, from Schleswig-Holstein to Bavaria - more and more students are choosing to study beyond the big city."

For Johannes Kiessler, this development is not surprising: "In Potsdam, on the one hand, you can fully concentrate on your studies, but you can also be in Berlin in less than half an hour to experience the maximum program of culture and party there."

With the UE Innovation Hub, the international university, which has a total of five locations, is underscoring the high value that studying in Germany has on the international job market. Kiessler is convinced: "A high level of practical orientation, study programs of the future, and a colorful, cosmopolitan and diverse environment are what make 'Studying made in Germany' so attractive and will make it even more so in the future."

The new way of studying: New Studying instead of Old School Teaching

Another important argument in favor of studying at the UE Innovation Hub: The campus also sets architectural standards and makes it clear what the new way of studying can look like.

Just one look at the concrete ceiling shows that everything here is different from a conventional university campus: exposed concrete like in a cool industrial building instead of drywall ceiling like in traditional office or university buildings.

At the center of the four-story building: The so-called atrium with an impressive stone grandstand that replaces a conventional lecture hall, because in the high, open and light-flooded space there is a large screen that transforms the atrium into an auditorium in the blink of an eye.

The seminar and lecture rooms on the upper floor are open, transparent and equipped with state-of-the-art technology. In addition, they can be flexibly adapted in size, which enables more efficient use of space.