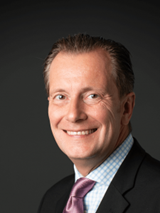 Professor Tücking has been with UE since 2001 and became a full-time professor in 2016. During his time at UE he has taught many courses in Business including Economics, Startup Management, and Marketing. He is also the Perspective Program Coordinator for Business Administration and the dual programs; E-Commerce and Industrial Management. Professor Tücking comes with a list of expertise that supports his teaching, which includes Business Administration, Economics, Startup Management, Entrepreneurship, and Marketing. After studying business administration and economics at the universities of Bayreuth and Münster, Ebbo Tücking worked as a research assistant at the Westphalian Wilhelms University in Münster between 1995 and 1999, where he also received his doctorate in November 1998. During this time, his work for the state government of North Rhine-Westphalia on the subject of customized production in the clothing sector gave rise to the idea of founding the company cove & co, which now has twelve branches throughout Germany. Since 1996, he has also worked as a lecturer at the International School of Management in Dortmund. In 2001, he moved to the University of Applied Sciences Europe to set up the department of start-up management. In 2006, he received a professorship at UE and is still employed there today as a lecturer for economics, start-up management and marketing.