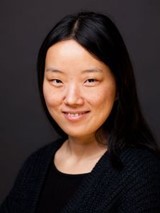 Since 2010, Professor Liu has been part of the Department of Art & Design and teaches communication design at the European University of Applied Sciences (formerly BTK). In 2004, she founded her own design studio, which she still runs today. Yang Liu Design is a multi-award winning design studio based in the heart of Berlin. The fields of work are the conception and development of logo systems, corporate identities, information design, exhibition design, way-finding system design, cross-cultural design, content visualization, print media and book design for institutions and companies worldwide. In addition to workshops and lectures at international conferences, she has taught at numerous universities in Germany and abroad. In 2010, she became a professor at UE, formerly BTK, in Berlin. Her work has won numerous awards in international competitions and can be found in museums and collections around the world.