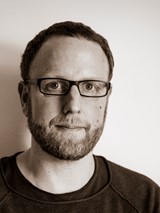 Professor Penzek is Program Director for Film & Motion Design at UE in Hamburg. His subject areas are Motion Design and Film Production and his expertise are in Film Making, Animated Films, Illustration, and Storytelling, He is currently the Co-Founder and managing director of the animated film production "Quantenkatze“, working as a freelance author and animated filmmaker. Additionally being the owner and managing director of the "SFA" animated film production company, while in holding parallel lectures and workshops in and out of UE. Additionally, he works in children's media and has published his first two children's books.

2017-2018 Lecturer for animation at HAW Hamburg, Department of Media Illustration

2016 Lecturer for time-related media at the HAW Hamburg