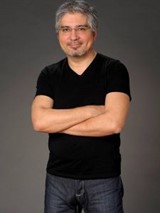 Dr. Michael Oliva Córdoba received his doctorate in philosophy under the supervision of renowned analytic philosopher Prof. Wolfgang Künne. Since 2007 he serves as scientific co-ordinator to the Department of Philosophy of the University of Hamburg. His main areas of expertise are in philosophy of language and action theory. Also, he is specializing in the philosophy of Ludwig von Mises and has virtually shaped the field of analytic praxeology. His primary research project consists in the praxeological analysis of the interrelation of action and freedom. As a part of this project he is currently finalizing a manuscript on analytic praxeology. Besides his work in theoretical and applied action theory, he maintains interests in most areas of philosophy, politics and economics, especially in Austrian economics, liberalism, and political philosophy.