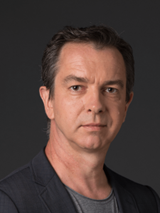 Professor Danner has completed ten years of teaching and since 2016 heads the international program for Photography at the UE in Berlin. He accompanies his seminars with empathy, a wealth of methods, a strong theoretical foundation and shares his own enthusiasm for the medium of photography with the students. His network of contacts with universities, curators, artists, and industry is an integral part of his teaching and uses it to offer accompanying guest lectures, collaborations, excursions and visits to galleries, museums, and trade fairs.

Since 2018 Head of Programme for Photography (B.A.) in Berlin

1999-2019 Lectures and workshops at numerous institutions including University of Wales, University of Brighton, HGB Leipzig, and Goethe Institute Rabat/Casablanca

1995-1997 Studied Photography at University of Brighton