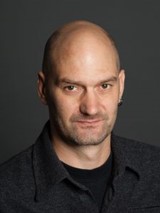 Professor Bastian is the head of the study program UX UI Design and a professor of communication design. Additionally, he is a professor for Typpgraphy & Design at Berliner Technische Kunsthochschule. Prior to UE, he was founded and owned design agency b mal x, Kommunikation, he also was a guest professor a the University of the Arts Bremen.