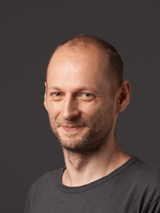 Professor Baranyai has been with UE Berlin since 2014 as a lecturer, professor and Program Director for Game Design. Outside of UE, he is also a lecturer and game design consultant. Prior to joining UE, Prof. Baranyai earned close to 16 years of experience as a research assistant at the University of Bayreuth, Project manager of the Interactive Media department at ifs Cologne, and a Freelance Game Designer. He additionally was a Game Designer at GPI, Blue Byte/Ubisoft, Silver Style Entertainment and Lead Game Designer at Ibxgames. His expertise are in game design, and narrative design.