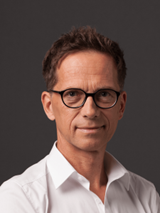 Professor Windgätter is currently at the UE in Berlin, teaching Media and Design Theory. Furthermore, he is a Principal Investigator at the Cluster of Excellence Matters of Activity – Image Space Material at the Humboldt-Universität in Berlin and is currently a IFK Senior Fellow. His expertise includes Media Theory, Design Theory & Aesthetics, as well as Theory and History of Media Infrastructure, which includes taking in all elements of the situation/environment and the production of knowledge.